Oldsreef – Oldsmobile with reefed main off to a fine start

Starting in gusts of over 30knots the winds quickly eased to light sou’easterly for race 9 of the Marlborough Sounds Marinas Spring Twilight series. The shifty nature of the breeze saw some significant gains and losses by boats on different parts of the course and delivered a set of results that brought the top end of all the points tables closer together.

The Division 2 contest was a tight one with the first five boats finishing less than two minutes apart. Ron Ives had a superb night sailing his Lidgard 35 MacIntosh to a line and handicap double. Jason Munro’s Hanse 345 Phantasea took second with Ralph Rosthorn’s Lidgard 32 Bavaria third. Terry Allen’s Hanse 11.6 Imagine It was second on line while Matt Michel took third on line in his Ross 830 Bump ‘n’ Grind.

Division 1 started in blustery conditions with Raconteur getting a great start and positioning themselves well on the course to dictate to the field. Around the top mark and an array of spinnakers and gennakers were set with varying degrees of success. Satellite Spy displayed their usual high standard of spinnaker handling with Midnight also opting for their spinnaker. On the fringes of the course gennaker specialists Bluebird had a battle;e with their big blue kite while Oldsmobile had some thrilling rides between lulls. The early gains by Raconteur were enough for Richard Coon to bring his Hanse 400 home for the win ahead of Dave Kelway’s Beneteau First 456 Khamsin in Second with Matt Kerr’s Ross 40 Satellite Spy in third. 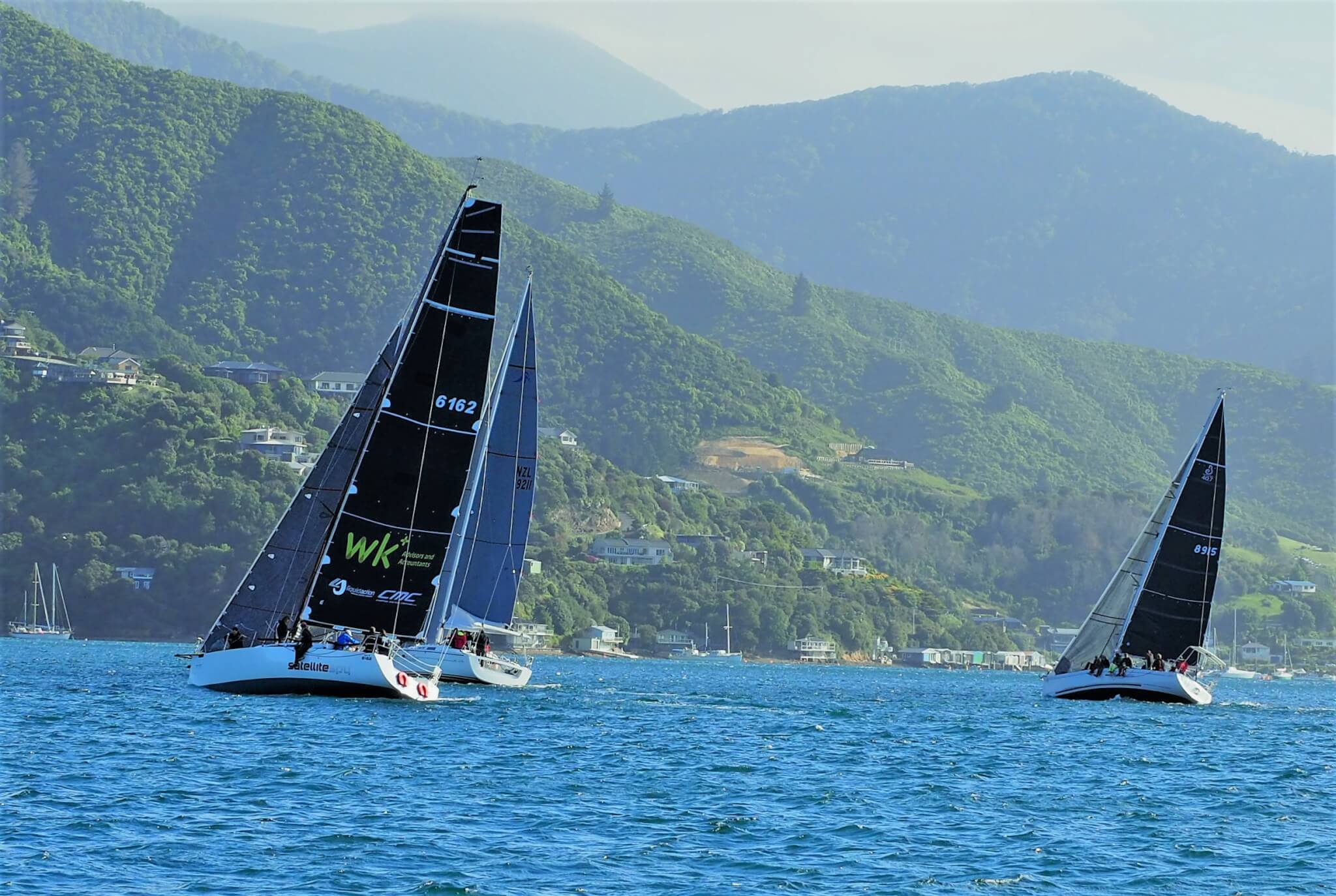 Now that eight races have been completed in the series boats have the option to drop their worst result , leading to a tightening up on the points table for all Divisions. In Division 3 Ian Michel takes Reacher to the top of the table on 32 ahead of Our Girl on 37 with Third Wave on 40 and Ricochet on 41 not far off the pace. Settimio still leads Division 2 on 23 points with Sea Fox moving closer on 32 and Bavaria and Phantasea tied on 38 points, MacIntosh on 39 and Freaky on 41. Division 1 has closed up with Midnight’s DNF leaving them on 23 points while Raconteur move to 33 and second on the table, Northern Rebel II third on 39 and Bluebird one point back on 40. With the series final next week and the opportunity to drop the second worst race result, all divisions have the potential for changes in the overall table.