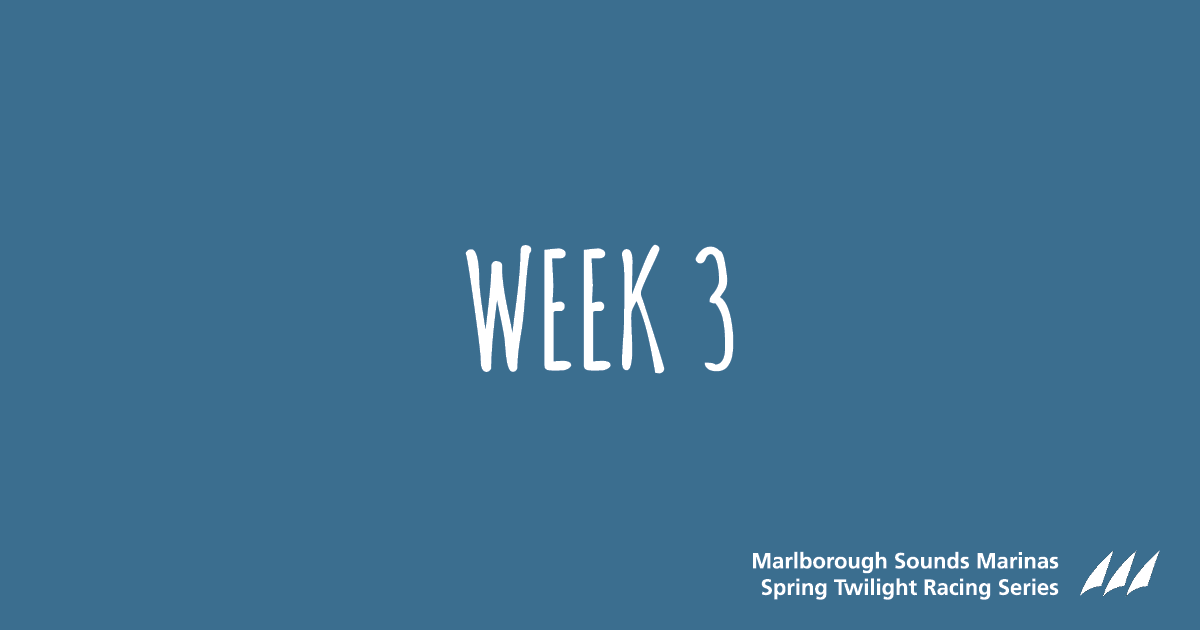 Race 3 of the Marlborough Sounds Marinas Spring Twilight Series featured light, shifty conditions as the form book went out the window in all divisions.

After the perfect start to the series in Division 3, Entertainer slipped to fifth but still leads the table overall. Supertramp appeared for the first time this series, John Oswald’s 8m Lidgard taking the win from line honours winner Sirrah, David Paul’s Spencer 36 continuing the climb up the rankings while Mr Consistency, Pip Maslin brought Ricochet home for third on line and handicap to maintain second in the series and close the gap to Entertainer to just two points.

Division 2 brought changes at the top of the table with series leader Rapport having a night to forget, dropping from first to fourth on the table with consistent results from Tom and Maree van der Burgh moving Satu to the top of the table. Blaze Away, Trevor and Carmel Purver’s Noelex 30 was the winner on the night from Olmari (who now sit second on the table) and line honours winner MacIntosh, Ron and Liz Ives’ Lidgard 35 rounding out the podium after a navigational error cost Bump n’ Grind the win on line.

Oldsmobile, the Young Rocket owned by Aaron and Juliet Blackmore turned in a strong performance in the light conditions, missing out on the line and handicap double by 22 seconds with Bob and Jennie Crum’s Bluebird taking line honours but second on corrected time. Michael Wooding continued his run of consistent performances with High Society taking third but slipping one place on the table to be third behind the improving Oldsmobile in second and Flying Fox who are now looking over their shoulder as the top of the series table closes up. 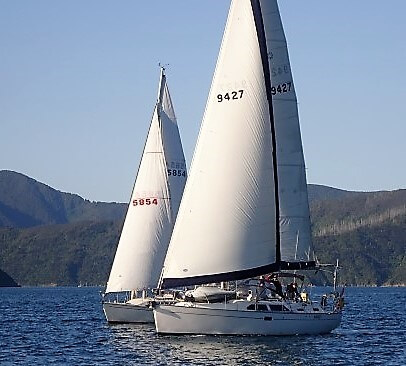 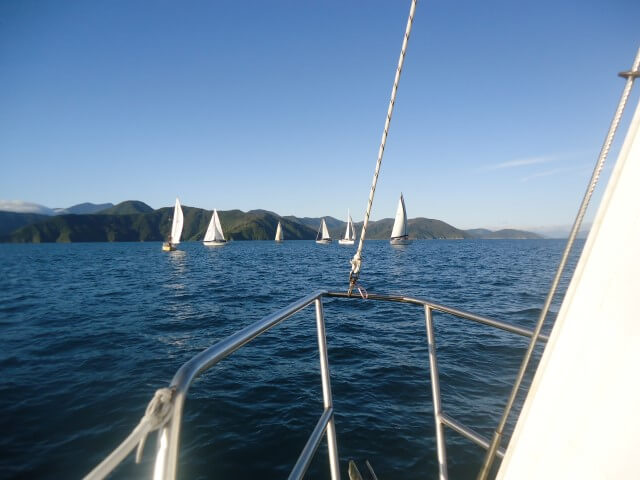