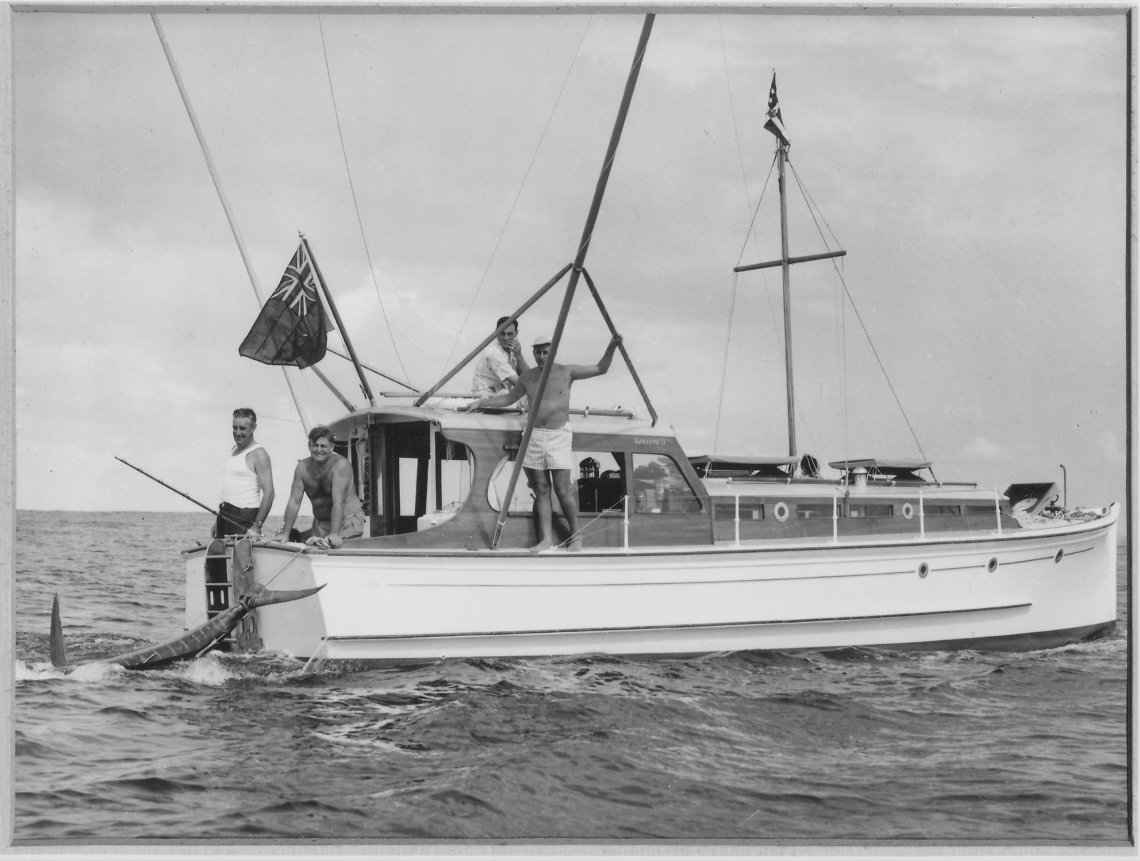 The MV Winsome II has made a home in Picton marina after a long life. She was built in 1924 by Lane Motor Boat co. for the mayor of Newmarket, Mr. David Teed. He named her Maude T (about the fourth of that name).

She had 100hp Stearns engine, a V-bottom fast cruiser chine hull and a design speed of up to 27 knots.

David Teed died in 1925 and sold her on to Captain Emanuel, a pilot from Shanghai working for the Pilotage Company who renamed her ‘Latex’.

She passed through another owner before she was brought in 1941 by the RNZAF for serving at Tauranga, which was a secondary sea-base and training ground for US pilots during WWII.

After the war, she was sold by the Crown in 1946 to Andrew Donovan who removed the (by now worn out) Stearns. He replace them with brand new 46 Chrysler 8 cyclinder marine engines and following a rather unfortunate incident,  renamed her ‘Winsome’ after his daughter but added the ‘II’ when he realised the Pickemers still have a boat named Winsome in Whangarei.

Andrew claimed the name change arose from an incident in the night on a cruise in Kawau, he awakened the following morning to find that some scoundrel had changed the name on the transom from Latex to Silver Tex (the leading condom brand in NZ at the time).

Andrew later re-powered the boat with a big V8 gasoline engine, which due to the very unusual water profile, gave the boat 20 knots, an impressive feat for an old girl built in the 1920s.

While in Andrew’s care, one year she was having a re-fit in Westhaven yard when the building caught fire, burning some of the planking on the decks and starboard topsides forward of the waist, which turned into an insurance claim to replace what had been destroyed.

She went on to Whangarei where she was kept in the Town Basin, then she was sold and moved down to Havelock. 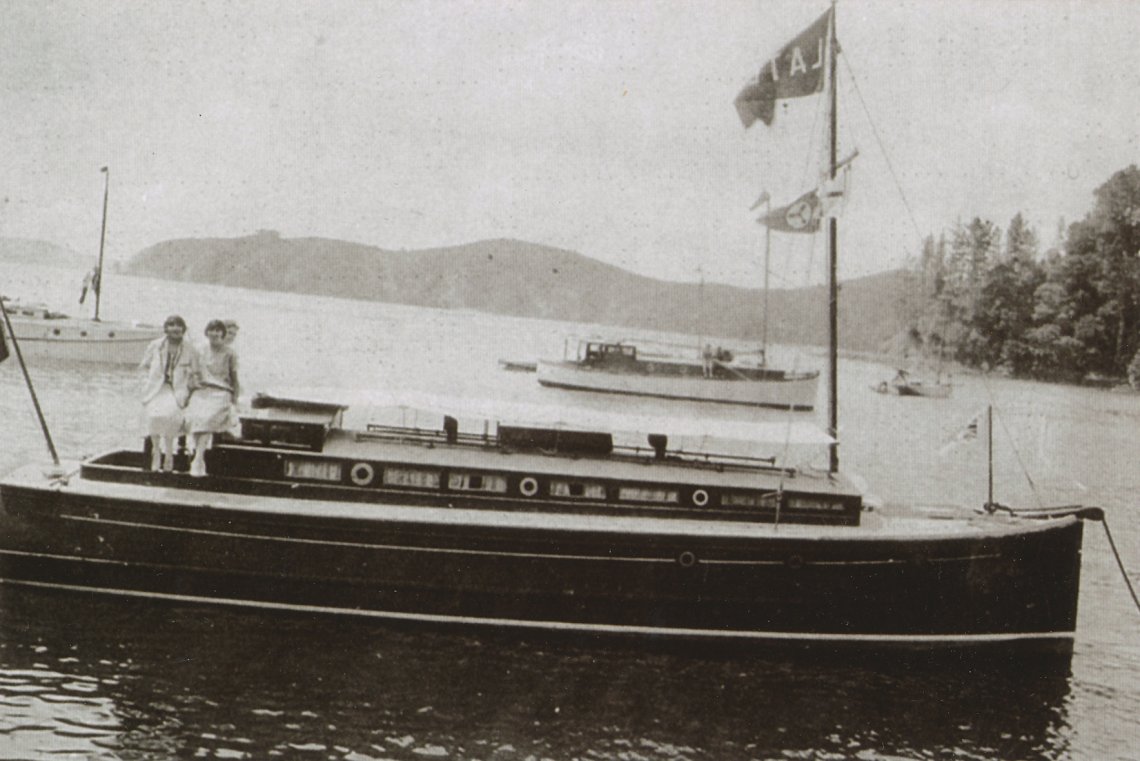 She is now owned by Chris and Julia Knowles. 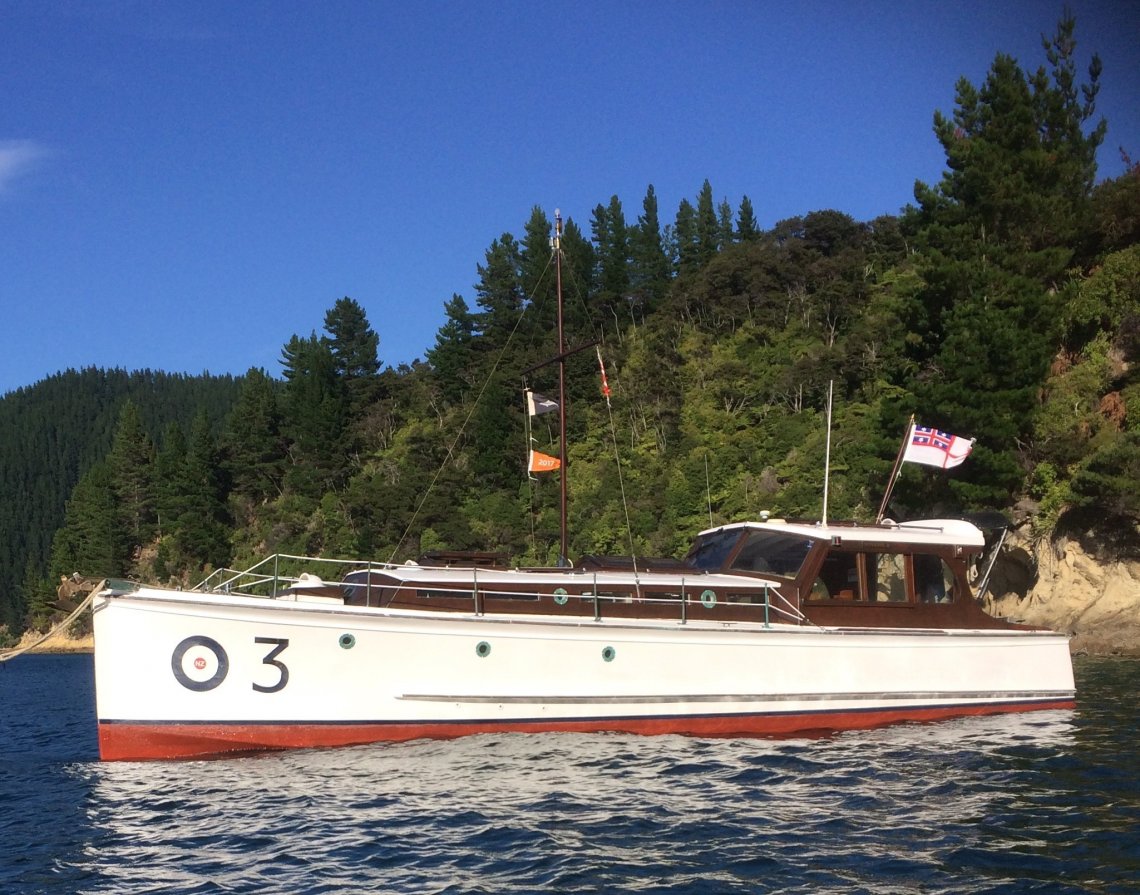