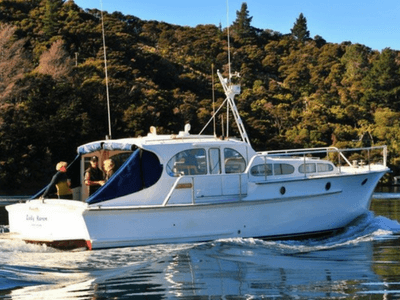 In each of our marinas there are so many boats that hold their own unique charisma and charm. This month, we look at a vessel in Picton Marina which after 61 years has got more than her fair share of stories to tell.

Well known local Gordon Low from NZ Boat Sales welcomed us aboard his vessel Lady Karen which has been used for both pleasure and charter over the years,  and shared some stories about the adventures he has had with her over the past 20 odd years.

Lady Karen was built in 1957; she’s an Oliver & Gilpin Classic with two Ford diesel engines of 80 horsepower each and is 42’ long with a kauri hull and mahogany top.

Gordon has a photo of the Kauri tree she was built from as well as photo documentation of the whole building process – a treat that not too many boat owners can say they have stored on board.

Guests from all over the world have come on charters, including the Japanese Diners Club who wrote a feature spread (in Japanese) on their experience. Gordon has the magazine on board as a keepsake and jokes he hopes the feature says good things about their trip. Lady Karen has even had a member of the cast from British television series, The Bill, which is one of the most famous people she has had come on a charter.

Gordon usually picks up guests from where they are staying out in the Queen Charlotte Sound to take them on a tour around the bays, they are able to skeet shoot on board (for which he has, of course, a permit!)  and are regaled with stories about the area, for which he says has never received a bad review.

“You don’t need to sell the sounds because it sells itself; you just have to take people out to it.” 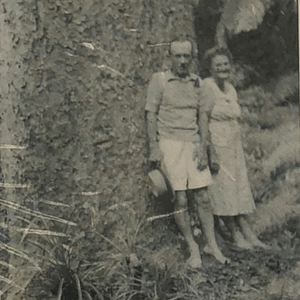 He does not have just one favourite place to go with Lady Karen because, as he puts it, the Sounds has so many good parts it’s too hard to choose one favourite spot.

“It gets into your blood, it’s special and it’s different every day.” 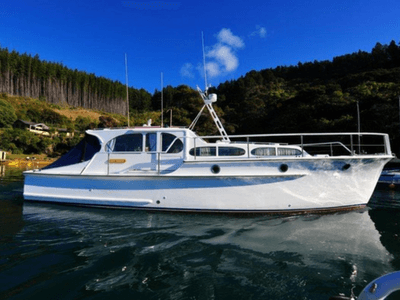