Mandy Carpenter with Freaky – a great result being its third outing!

Division 1 suffered greatly from the winds disappearing act with only 3 out of the 13 yachts finishing in the time allowed.  The light sport boat Honk n Jack skippered by Nick Gardiner finished 4 minutes ahead of nearest rival Satellite Spy (Matt Kerr) with Northern Rebel (Ash Davey) 8 minutes further back. Satellite Spy is 6 points ahead of Northern Rebel in the series  results. 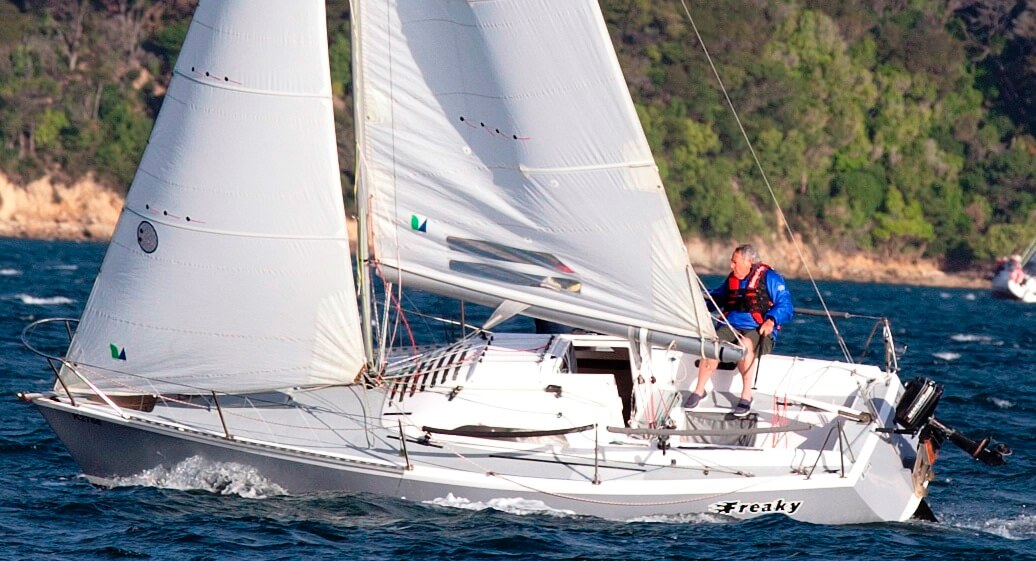 With 6 races to go in the series and 2 discards allowed the final results are anyone’s guess !