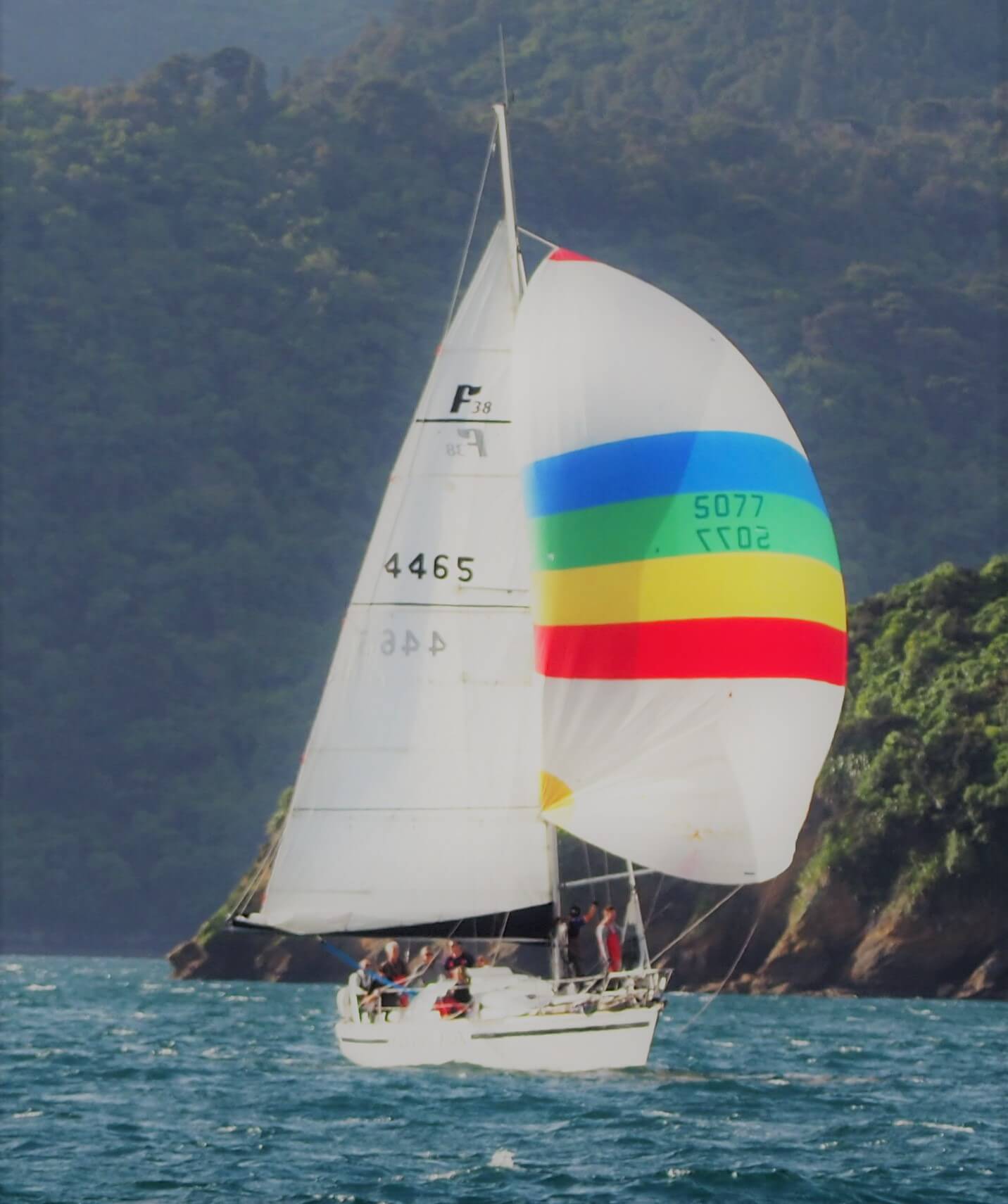 Warm moderate nor’west winds delivered the best racing conditions in several weeks for race 7 of the Marlborough Sounds Marinas Spring Twilight series. The improved overhead conditions also brought numbers back up in all divisions with some tight racing on great courses.

Division 2 delivered some interesting results with all three podium place getters enjoying this status for the first time in the series. Trevor Purver’s Noelex 30 Blaze-Away took first ahead of Adrienne and Bill Crossen’s Jenneau 36 Sequin with Rob and Mandy Carpenter bringing their well performed Farr 727 Freaky home for third. Line honours went to Ron Ives with his Lidgard 35 MacIntosh comfortably heading off Bruce Lock’s Lotus 10.6 Sea Fox with Blaze-Away third on the line.

With six races completed (race 5 having been postponed) the points tables take on an interesting look. In Division 3, table leader Our Girl has had her lead cut to two points, Alex Soper’s Hanse 345 on 32 with Ian Michel’s Don Senior design Reacher on 34 and the Kate Trayling/Greg Frisken owned Mummery 10.4 Finnistere on 37. Division 2 leader Settimio is being chasd hard by Sea Fox, Clive Harragan’s Raven 26 now on 17 with Bruce Lock’s Lotus 10.6 on 24 and Ralph Rosthorn’s Lidgard 32 Bavaria on 37 after not contesting race 7. Midnight continues to lead Division 1 on 16 points, Raconteur moving to second on 32 points with their win this week while Bluebird continue to be a threat, 2 points further back on 34.

With four races to go, the stage is set for a very interesting finish to the series. 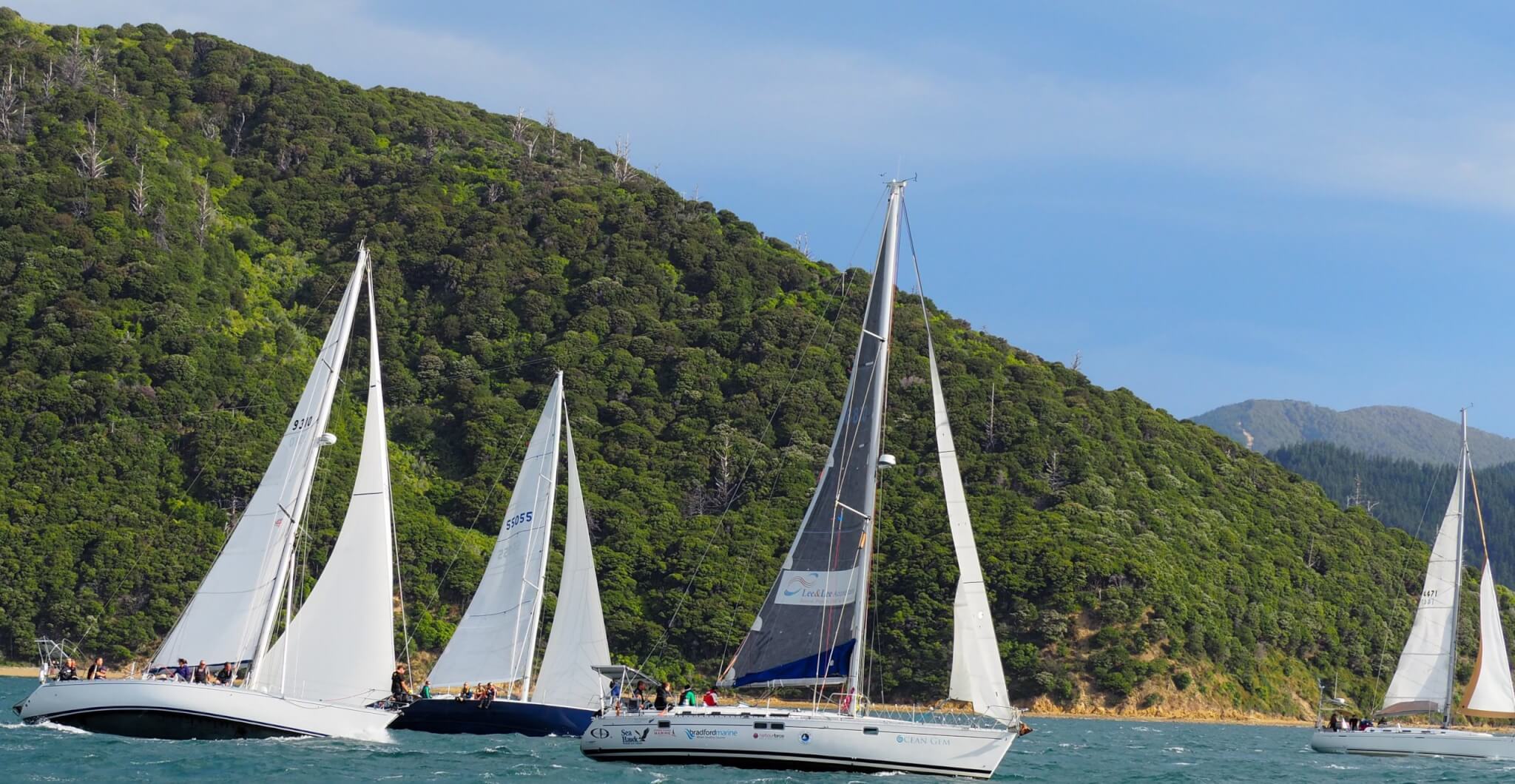 KBOS – Setting up for the start, L to R Khamsin, Bluebird, Ocean Gem and Sudoeste 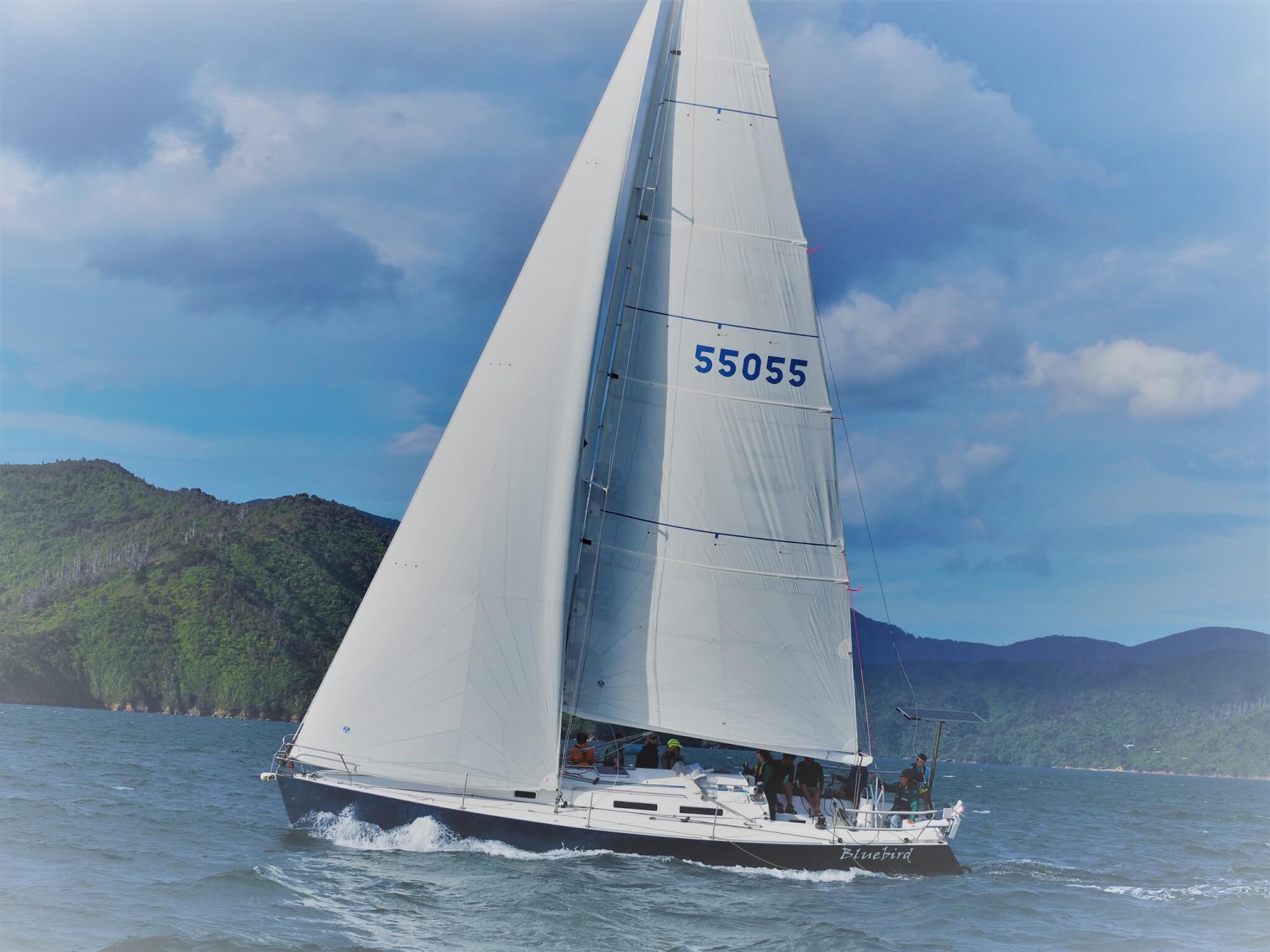 Bluebird – Powered up on the wind, Bluebird on her way to line honours