A steady nor’wester greeted the fleet for race 2 of the Marlborough Sounds Marinas Spring Twilight series at the Waikawa Boating Club. 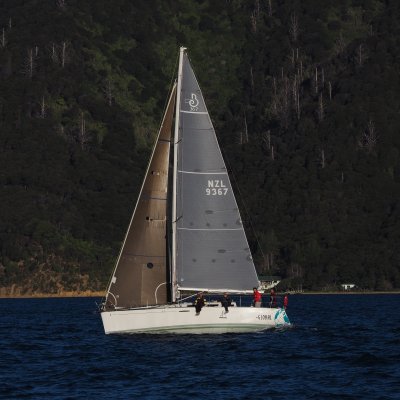 With variations in wind strength across the course sail choice and positioning on the course were key points for skippers on the night. With numbers growing across the fleet, 42 boats crossed the start line in the three racing divisions.

In a tight finish to Division 3, Alex Soper’s Hanse 345 Our Girl prevailed over Pip Maslin’s Davidson 28 Ricochet by just four seconds with marina boss Peter Broad taking time out to bring his Davidson 35 Reotahi home for third. With sixteen boats on the start line the division continues to grow and tight racing looks to be the order of the day.

The full fifteen boat Division 1 fleet took to the start for a windward-leeward course that tested the abilities of crew both in sail trim and course strategy. With the lead changing hands numerous times throughout the race and a number of tight port-starboard encounters the competition was hot. The final outcome saw Dave Kelway take a well judged win, his Beneteau First 456 six seconds clear of Chris Webb’s Davidson 45 Midnight with Paul Tredinnick taking third with Sudoeste his Beneteau First 44.7. In a departure from the usual line rankings, Midnight took the line honours ahead of Bill Richards Flying Tiger with Matt Kerr bringing Satellite Spy home third.

With two races under their belts Midnight and Settimio have an early jump on the points table with Ricochet and Supertramp tied at the top of Division 3. Consistency of performance will be all-important as the balance of the ten race series plays out. 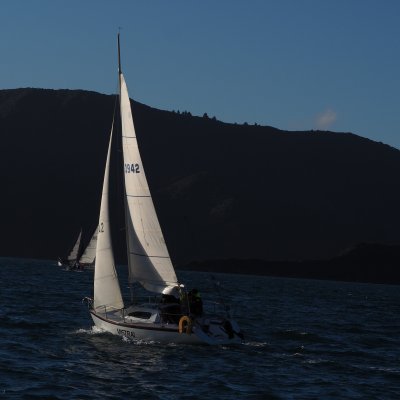