Gusty nor’easters eased and challenged skippers and crew to pick the right spot on the course in the tenth and final race of the Marlborough Sounds Marinas Spring Twilight series. With boats in contention for series titles and podium places across all three divisions some major separations occurred on course delivering significant gains to those choosing the right spot on the course (and significant losses to those on the wrong side of the course)

David Morgan’s Moody 46 Bandit took the win in Division 3 for the second consecutive week, going  a step better than last week with fastest time around the course as well. Roger Manley continues to improve taking second in his Lidgard 9.6 Pipe Dream while Pip Maslen continued his run of consistency bringing his Davidson 28 Ricochet home for third.

For the second week in a row Ron Ives had a superb night sailing his Lidgard 35 MacIntosh to a line and handicap double. In a repeat of race 9, Jason Munro’s Hanse 345 Phantasea took second while Rob and Mandy Carpenter took third with their Farr 727 Freaky. Bruce Lock came home second on line, his Lotus 10.6 Sea Fox sneaking home nine second clear of Freaky in third.

In Division 1 Raconteur got away to a great start as they started the quest to take Midnight off the top of the table. Splits in the fleet created by differing choices on sides of the course unfortunately saw the effort fade while Chris Williams sailed an almost faultless race to bring his Farr 38 Flying Fox home for the win (and third on line). Spinnakers provided the best returns for boats on the 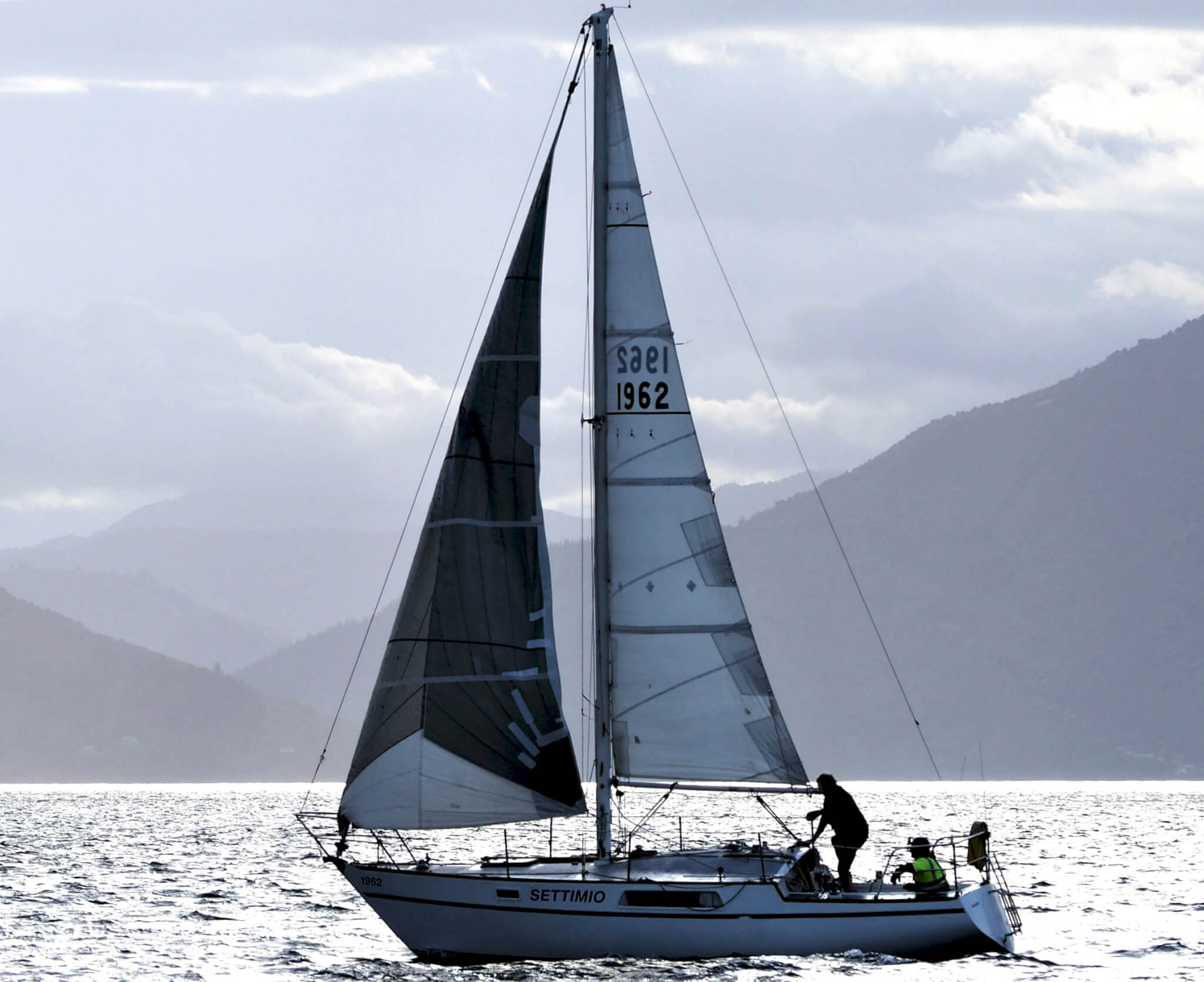 With results in for the complete series and each boat’s worst two results dropped Division 3 saw Pip Maslen’s Ricochet take the title on 25 points with Ian Michel’s Senior Reacher second on 26 points with Alex Soper’s Hanse 345 Our Girl third on countback from Third Wave, Neville Fox’s Lotus 10.6. Ricochet took the title after lying fourth on the table a week ago. Division 2 went to Clive Harragan’s Raven 26 Settimio on 23 points, a run of top results early in the series carrying him to victory despite a brilliant late run from Ron Ives, MacIntosh having to be content with second on 26 points with Phantasea on 28 points taking third.

Marlborough Sounds Marinas is really proud to provide annual sponsorship of the Spring Twilight Series for the Waikawa Boating Club. We are looking forward to supporting the Giesen New Year Regatta on the 9th and 10th January 2021, more information here: https://waikawaboatingclub.co.nz/giesen-new-year-regatta/