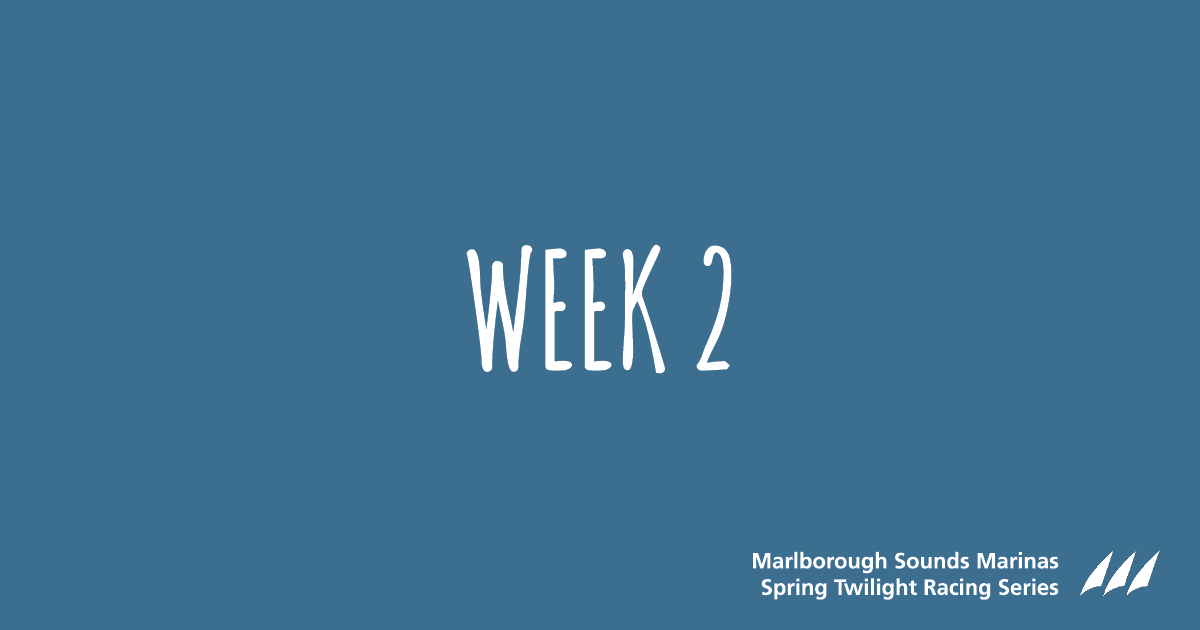 Race 2 of the Marlborough Sounds Marinas Spring Twilight Series delivered great racing and some significant reversals of form from race 1. With light winds once again the order of the day, reading of wind shifts became of paramount importance as skippers looked to gain an edge on their rivals.

In Division 3, Entertainer made the best possible start to the series with a win over Vanquish with Trevor and Linda Thompson’s Key Largo a further 15 second back in third. Starting the season two from two has certainly made skipper Mark Altoft a target for the rapidly improving Vanquish and Key Largo. Pip Maslin slipped a little in the results this week but remains second for the series in Ricochet.
The racing heated up in Division 2 with line and handicap honours shared around. A huge improvement saw Olmari, Kerry Kirk’s Lotus 9.2 improve from 10th to 1st, taking the win from Tom and Maree van der Burgh’s Lotus 9.5 Satu with the Terry Allen skippered Imagine It 3rd, mirroring their efforts in race 1. Dropping to 4th after winning the opening race, Andrew Wilson’s Rapport leads the series by a single point from Satu and Imagine It.
With race one line honours winner Satellite Spy missing from the start line this week, Division 1 opened up, Ash Davey’s Northern Rebel taking line honours but having to be content with 8th on handicap. After missing race 1, MRX flew out of the gates, Sam Edwards taking 3rd on line and first on handicap ahead of series leader Flying Fox. After a less than stellar race 1, Global, David and Joanna Grigg’s Beneteau 36.7 improved from 14th last week to edge out Michael Wooding’s High Society by 5 seconds for 3rd place. Despite the light conditions, Chris Webb’s Davidson 45 Midnight put in a strong performance finishing 4th across the line, 5 seconds behind MRX. With two races down and eight to go we’re set for some enthralling battles on the water in the weeks ahead.
Race 2 results
Series to date results 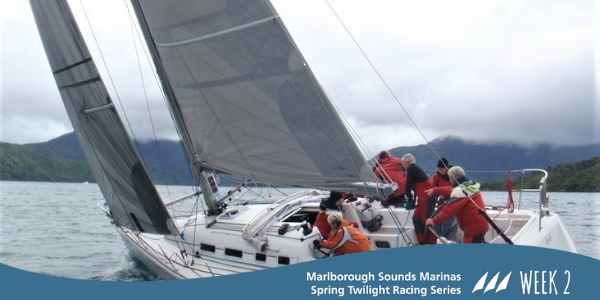