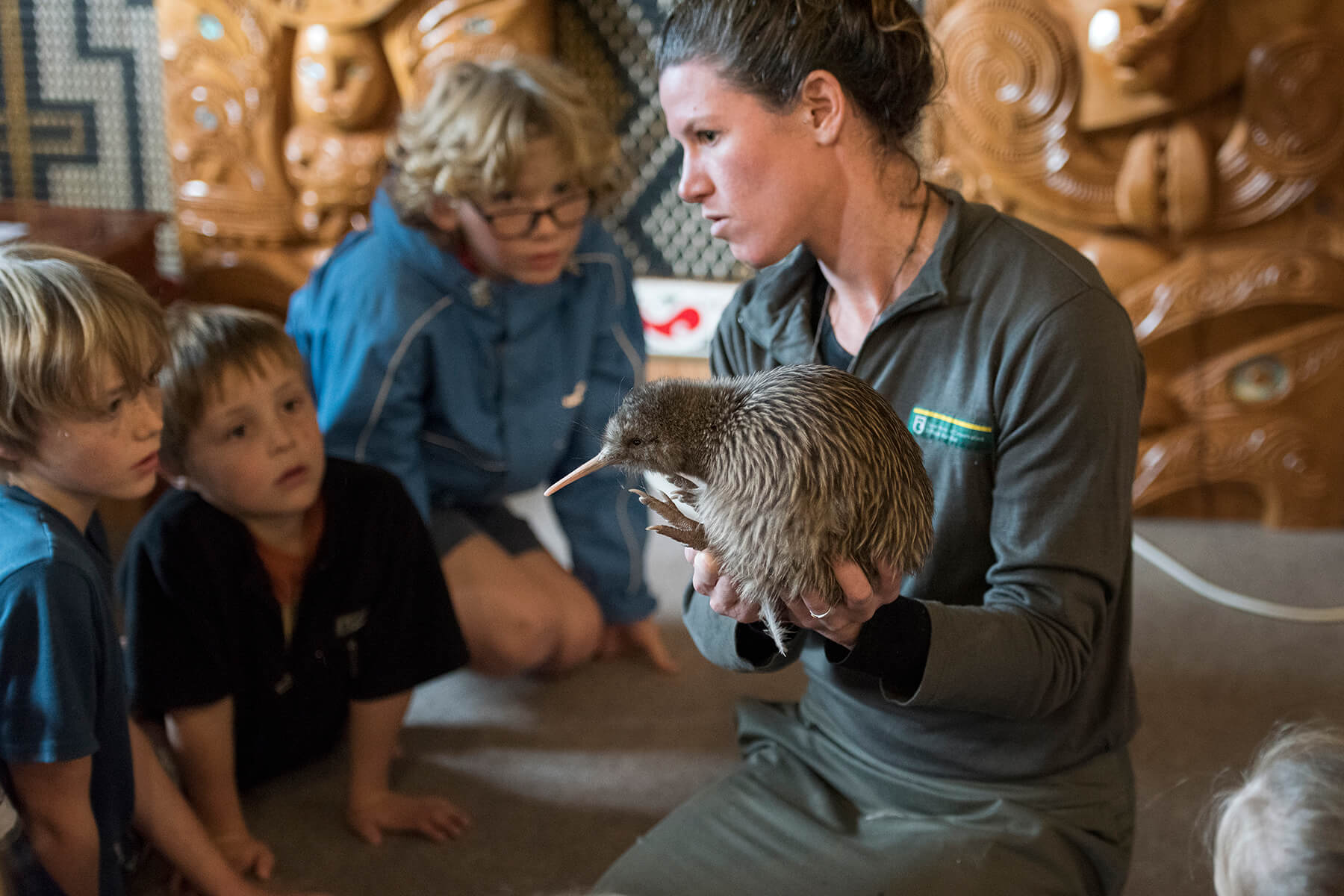 We are proud to be foundation partners with Kaipupu Point Sanctuary. Land for the sanctuary was provided by Port Marlborough specifically for establishing this important predator-free habitat for native bird species in the Marlborough Sounds.

Earlier this year we celebrated the release of 24 South Island Robin to the sanctuary, and just a couple of weeks ago we were there to witness the release of two more rowi kiwi- bringing the total to nine. Rowi kiwi are critically endangered and the rarest of the five kiwi species in New Zealand. Rowi’s biggest threat comes from stoats, with kiwi chicks being particularly vulnerable during their first year of life.

If left unmanaged, their survival during this period is less than 5%. The rowi population has been increased to a current estimate of around 400 by intensive management through ‘Operation Nest Egg’ which involves taking eggs out of Okarito forest, hatching them in captivity and raising the chicks on safe pest-free islands. Over the last nine years, the Department has been using Motuara Island in the Marlborough Sounds as a crèche for juvenile kiwi. Due to the success of the programme, and to establish insurance populations, a new crèche location has been found at Kaipupu Point Sounds Wildlife Sanctuary.

Getting there by boat from Picton or Waikawa Marina is easy. The sanctuary is separated from the port by a predator proof fence with public access via a 10 – 15 minute boat trip. . The purpose built jetty at Dolphin Bay offers easy access to the 2.7km track circumnavigating the area. (see map inset) 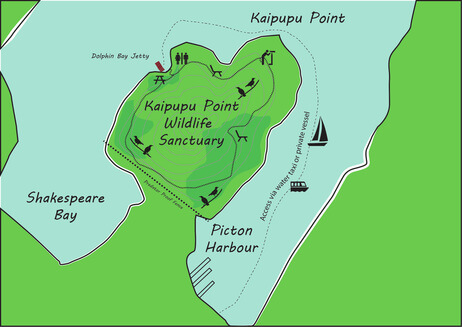