The 2017 Interislander Optimist Challenge and the Port Marlborough Starling Championship – Thanks to the club for the contribution of this article!

This annual event is still going from strength-to-strength. In its 9th year it beat last year’s records again. Last weekend the Picton waters were the race course for 114 Open Fleet Optimist sailors, a 38 strong Starling fleet and 50 Optimists in the Green and Rainbow fleet. The Rainbow’s and Green’s sailed in front of QCYC club while the Open and Starling fleet sailed in the outer Harbour. As in previous years the majority of sailors travelled from the North Island to our little town of Picton and all top sailors were represented.

The forecast however was not favourable, SE with a lot of rain. On Thursday, some QCYC ingenuity slightly short of a miracle turned the RIB boatshed into a bar/kitchen and beach side café to keep sailors and visitors out of the pouring rain. It was good to see over 20 QCYC sailors amongst the fleets. This is definitely a few more than previous years.

The day did not start out as our sunny Marlborough should. It was grey, it was wet and… and it was cold. The Open fleet and the Starling fleet headed out way past Mabel Island to the other side. Conditions were gusty and numerous Sailors capsized while trying to make their way to the Race area. Race officer Gerry Martin and the team quickly set out a Southerly course and the two Opti flights of 57 boats and Starlings got underway. The wind dropped during the first race and rain set in. it was tricky sailing with light patches and wind shifts. 3 races were sailed with conditions during the third race getting very light which made it difficult for sailors to finish within the designated time. The top ranking sailors ended in the top of the Blue and yellow fleets at the end of the day with a few wild cards throw in. Then heading upwind back to the club to don some dry clothing as still it was grey, wet and…..very cold.

The Taste of Marlborough was again an abundant proof of Marlborough fare and hospitality: Local wines, seafood, olive oils etc. A few less numbers then last years but at least everyone was dry in the beach side café.

The next day brought light NE winds and to everyone’s wishes less rain. After a late start 3 races were sailed again. The first race had 5-10 knots which dropped away to 4-5 knots later on. It was a very long day for the sailors and support boats did not get back till around 6 pm. The Green and Rainbow fleets also sailed 3 races in the inner Harbour. 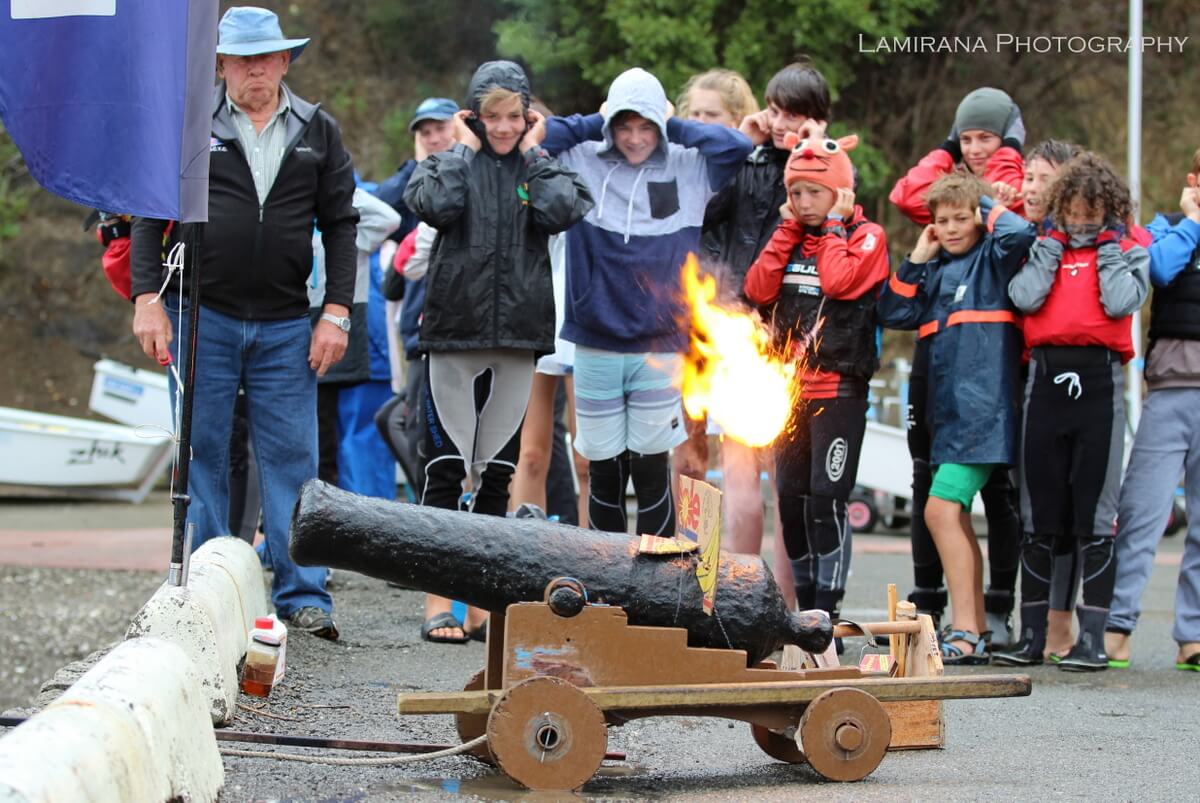 Day 3 gave us back our sunny Marlborough weather and turned the day in a real scorcher. The wind did not develop early in the outer Harbour. Decision was made to run race 1 of the greens and rainbows. What a spectacle that was. Fifty or so optimists were cheered on by support craft and crew and hundreds of people along the shore and on the jetty’s. What a dream to be a kid in that race.

Signal was given for the Open fleet to head out and they got towed very quickly to the race area to start the finals. Two races were quickly sailed with approximately 5 knots Northerlies. To avoid any recalls the Black Flag was used as the preparatory in the second race.  It was definitely a great day on the water to close off this regatta.

The battle between the Islands was again won by the North Island. Seb Menzies from Murrays Bay had the honours to take the Interislander trophy home.

The Green fleet was won by Sean Kensington from KYC. With Mathew Hall and Finn Stichbury placing 8th and 9th of 38 sailors.

Luke Cashmere (Wakatere) and Oliver Cowley (QCYC) ended with the same points in the Starling Fleet by Luke taking first place on count back and Oliver 2nd. Emily Overend from QCYC placed 8th.

QCYC likes to thank everyone that helped with this event, one way or another. A lot of people gave a lot of their time to make it happen and it shows. We also like to say thanks to all our sponsors and hope you will be with us next year again.

Next season the QCYC members and their volunteers will need to perform this miracle twice: Once for the 2018 Interislander 2018, doubling as the Pre-Nat’s and again at Easter for the 2018 NZIODA National Championship. 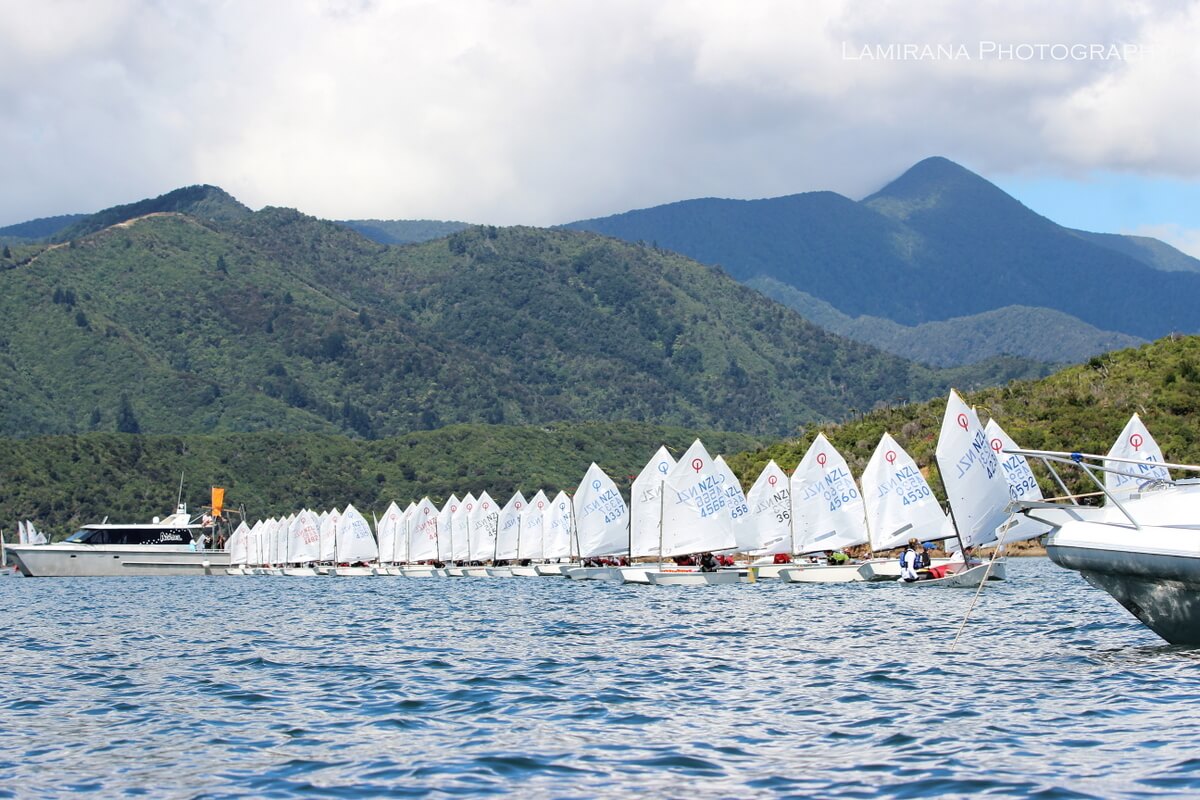