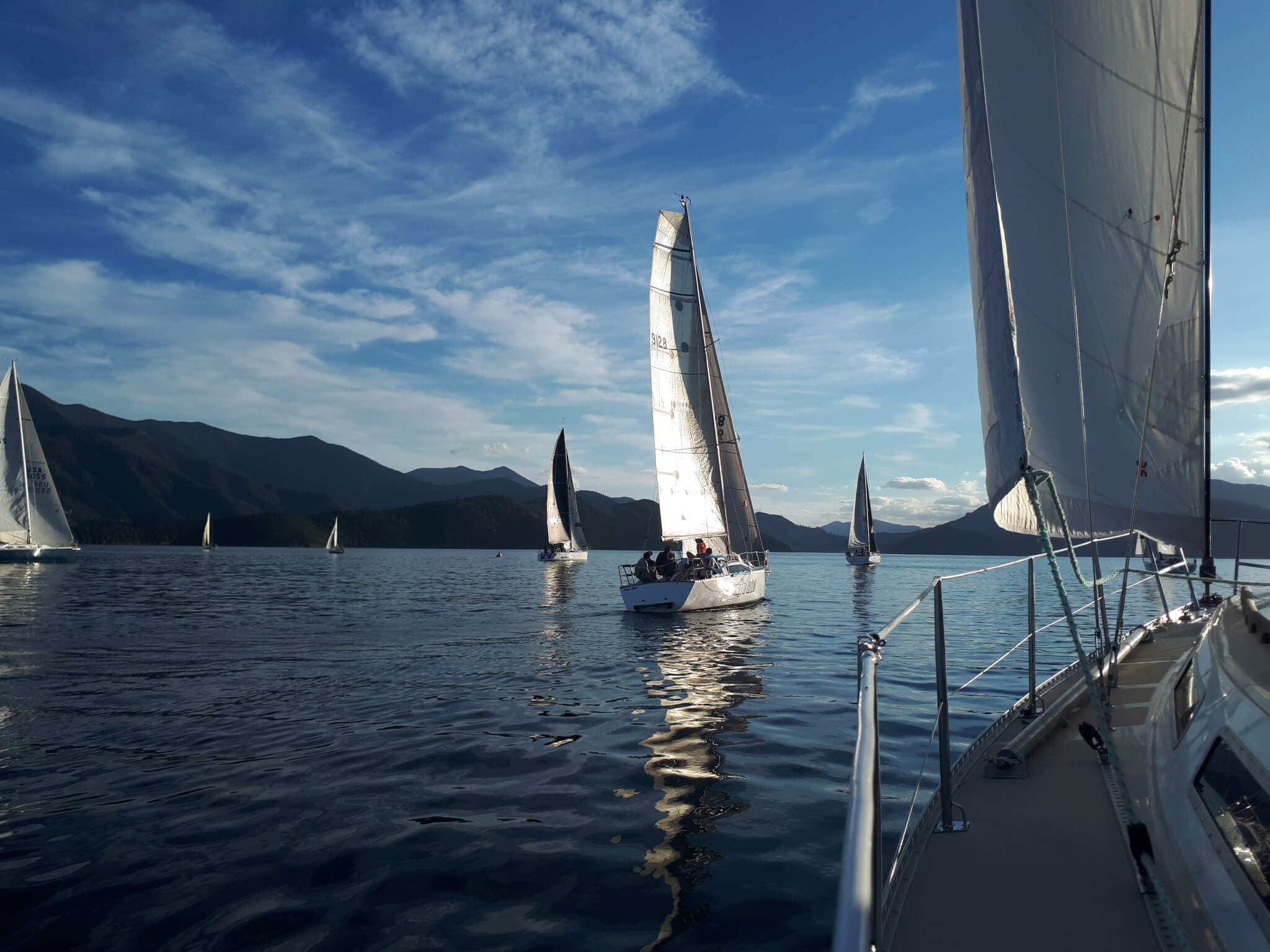 Report from Brad Goode – Waikawa Boating Club
It came down to the final race to determine who would take the series win in division one of the Marlborough Sounds Marinas Spring Twilight Series raced on Tuesday. With Satellite Spy remaining in Wellington to contest the Cook Strait Classic, the 11 division one yachts gave the committee boat crew a fast and furious few minutes with the first 10 yachts finishing in close procession. Drinks Trolley (Tom Hutchinson) managed to edge ahead of Khamsin (Dave Kelway) by 2 seconds closely followed by Midnight (Chris Webb), Global (David Grigg), Flying Fox (Chris Williams) and Bluebird (Bob Crum) coming in 6th. Over the next two divisions racing was just as close, with Bavaria (Ralph Rosthorn) taking the race over Rapport (Andrew Wilson) in division two and Bandit (David Morgan) over Blaze Away (Trevor Purver) in division three.
It took three months, with 52 yachts over 10 races to sort out the series victors. With such close racing, it is no surprise that the series winners in division one Khamsin (Dave Kelway), only scraped through by two points over Satellite Spy (Matt Kerr), with High Voltage (Jeremy Turnbull) a very respectable third. The division two winner by an impressive 10 points over second place Joint Effort (Bill Crossen) was Slingshot (Clive Ballett) with consistent wins, and high place finishes over the series. Blaze Away (Trevor Purver) held onto their first place with an impressive 13 point win in division three, over Entertainer (Mark Altoft).

Congratulations to all who took part in this fantastic event, we had extremely tight racing and everyone enjoyed themselves. We would like to acknowledge the continued support of Marlborough Sounds Marinas in helping us host this series. 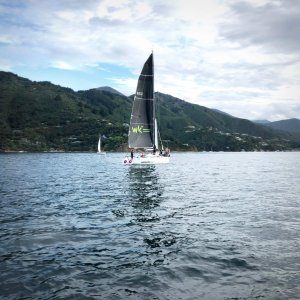